Hi, what are you looking for?

A lot of doctors has went through hell in other to bring happiness to the world this includes keeping their personal needs, the needs of the family and relatives in other to meet with the society.

most doctors are symbols of humanity, they go great length in carrying out their activities.

On this article we will be listing out prominent medical personnels that has risked their lives in the cause of rendering their primary responsibility.

Despite the unpleasant happenings in Jerusalem the zeal of this young man knew no bound and he has sacrificed everything to see it country get the right treat they deserve.

He has conducted free operation and surgeries in the past and as a result of his tremendous effort in saving lives he was elected as a UN ambassador.

Below are few other things about him:

Muahannad wael is 26 years old , from Jerusalem, He was diagnosed with bone cancer at the age of 18 at that time he was only I’m his first year university school of medicine

He made more than 10 operations surgeries in my body , he survived cancer and chemotherapy , and depression But now limping on the left leg

He was a captain of football team in Jerusalem, and kickboxing player, Now he is in his finals in school of medicine. He was an official ambassador of MUN for 5 weeks ( model United Nations)

He was the officer of human rights in IFMSA (international federation of medical student association ), Also he is now a volunteer in cancer department for children. 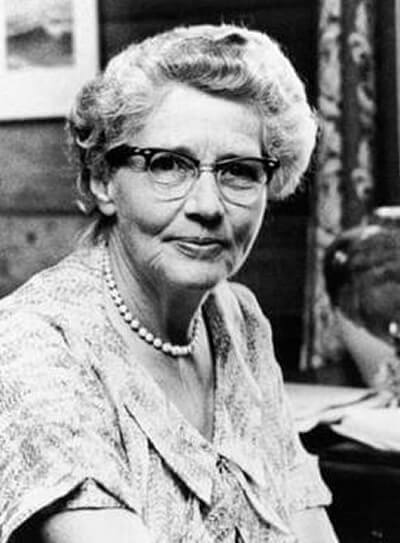 Helen Brooke Taussig, born on May 14, 1898, in Cambridge, MA, is considered the founder of the field of pediatric cardiology. Her seminal work, Congenital Malformations of the Heart, was published in 1947. She developed the concept for the Blalock-Thomas-Taussig shunt procedure, which successfully prolongs survival in children born with tetralogy of Fallot, one of the main causes of blue baby syndrome.

Dr. Taussig was also renowned for her work in banning thalidomide, which caused serious deformations in infants whose mothers took it during pregnancy. She testified before Congress to ban thalidomide, and it was consequently banned in both the United States and Europe. Dr. Taussig also worked to promote the use of x-rays and fluoroscopy together for less invasive monitoring of changes in the hearts and lungs of infants. In 1960, Dr. Taussig became the first female president of the American College of Cardiology. 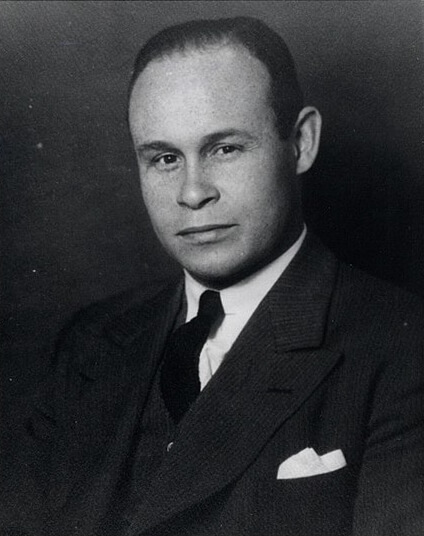 Born on June 3, 1904, in Washington, DC, Charles Richard Drew was an African American surgeon and medical researcher with a special interest in the field of blood transfusions. He developed improved blood storage techniques, which were used to develop large-scale blood banks during World War II. Dr. Drew also developed bloodmobiles, which, at the time, were simply trucks with refrigerators of stored blood.

Dr. Drew improved the blood collecting process, making sure that there was a centralized location where donors could go to donate. He also had all blood plasma tested before shipment, and strove to ensure that only skilled personnel would handle the plasma to avoid contamination. His work became the starting point for what would become the American Red Cross Blood Bank. 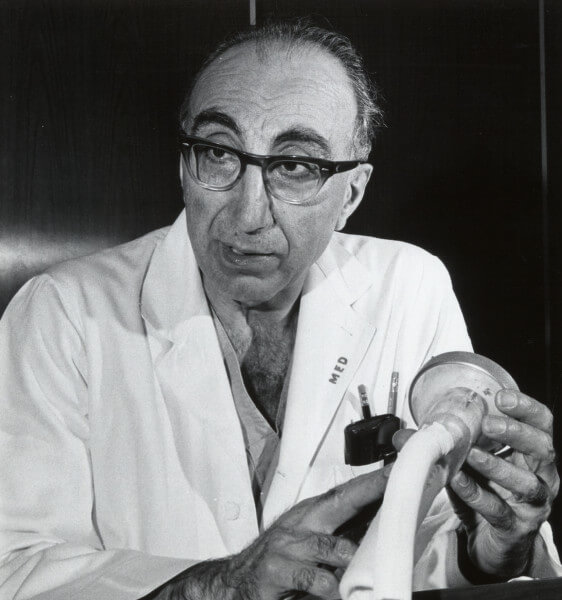 On September 7, 1908, Michael Ellis DeBakey was born to Lebanese Christian immigrants, in Lake Charles, LA. With a career that spanned over 75 years, Dr. DeBakey was one of the foremost cardiovascular surgeons in the world. He performed surgery on over 60,000 patients, including presidents and celebrities. In 1932, Dr. DeBakey developed the components that would become part of the first heart-lung machine. In the 1950s, he developed plastic tubing for vascular repair, which was used to prevent stroke recurrence, kidney failure, and vascular restoration in limbs.

His surgical innovations revolutionized cardiovascular procedures, and included the coronary artery bypass, carotid endarterectomy, artificial hearts, and ventricular assist devices. Dr. DeBakey famously pioneered the use of Dacron grafts for vascular repair. The DeBakey Dacron Graft is now used worldwide, including in the surgical repair of aortic aneurysms, which Dr. DeBakey himself underwent at the age of 97. In 1963, Dr. DeBakey installed the first artificial pump to assist a damaged heart. Not surprisingly, Dr. DeBakey’s awards were numerous, and included the Presidential Medal of Freedom, the National Medal of Science, and the Congressional Gold Medal. Dr. DeBakey died in 2008, at the age of 99. 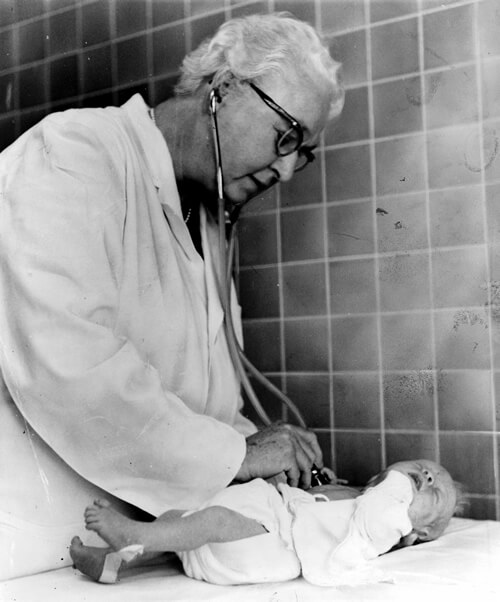 Born in 1909, Virginia Apgar developed the Apgar Score, the first standardized measurements for assessing a newborn’s transition upon leaving the womb. Initially rejected, the Apgar Score is now used worldwide to assess a newborn’s heart rate, respiratory effort, muscle tone, reflex response, and color on a scale of 0-2 points for a combined total score immediately following birth. Currently, 1- and 5-minute Apgar Scores are standard and accepted as predictors of neonatal survival and neurological development. Dr. Apgar made many contributions to the field of obstetrical anesthesia, and demonstrated the association between infant Apgar Score and the effects of labor, delivery, and maternal anesthesia.

Along with Duncan Holaday, MD, and Stanley James, MD, she developed new methods to measure blood gases and serum anesthesia levels, and discovered that low blood oxygenation in infants and highly acidic blood were associated with low Apgar Scores. Dr. Apgar and colleagues demonstrated that cyclopropane anesthesia delivered to mothers in labor could cause low infant Apgar Scores. She was also the first woman to achieve full professorship at Columbia University College of Physicians and Surgeons, New York, NY. 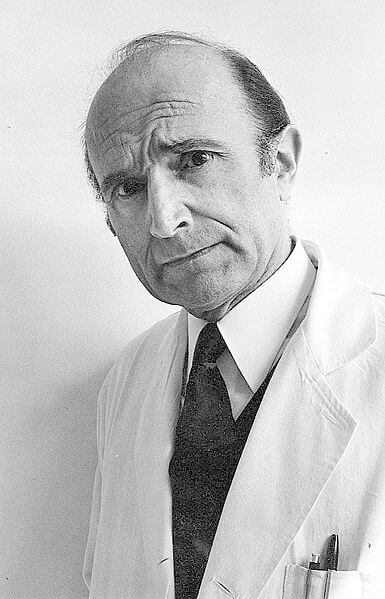 Georges Mathé was born on July 9, 1922, in Sermages, France. In preclinical studies of bone marrow transplantation, he demonstrated that donor cells survived and replicated only in those recipients that were first irradiated to neutralize their immune systems. Although performing such studies in clinical trials was problematic, fate provided Dr. Mathé with a chance to prove his theories in 1958. Several Yugoslavian physicists had been exposed to radiation during a nuclear accident. Dr. Mathé infused them with donor marrow and saved all but one from radiation poisoning.

Thus, Dr. Mathé become one of the first doctors to perform a human allogeneic bone marrow transplant, essentially discovering the treatment for leukemia. In 1963, Dr. Mathé cured a patient of leukemia with a bone marrow transplant. He also later defined graft-versus-host disease, a secondary disease that often follows transplantation, by deducing that it was due to an immune reaction of the cells in the donor marrow against the autologous cells of the patient. 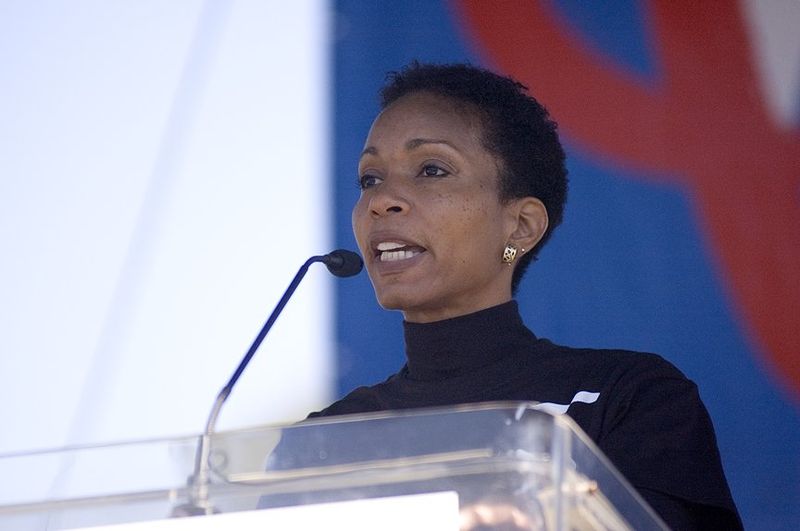 Helene D. Gayle was born on August 16, 1955, in Buffalo, NY. Dr. Gayle became one of the leading experts on HIV/AIDS. She had a special interest in the effects of AIDS on children, adolescents, and families, and closely studied the global consequences of HIV/AIDS. Dr. Gayle—who began her career at the CDC as an epidemic intelligence service officer—is hailed as a physician, researcher, executive, and global caregiver, and was named one of Forbes “100 Most Powerful Women.” Her contributions to the study, control, and prevention of HIV/AIDS, along with other infectious diseases such as tuberculosis, have been significant. Dr. Gayle also held prestigious positions such as Assistant Surgeon General and Rear Admiral in the Commissioned Corps of the US Public Health Service.

Latest Catchment Areas In UNN The management of the university of Nigeria nsukka does not rely on catchment Areas most time in giving Admission...

FUAM Admission List for 2021 The Federal university of agriculture makurdi wishes to inform the general public and those participated in the just conducted...

How to calculate futminna post utme aggregate   The federal university of technology Minna has been know for it high educational standers,it has been...